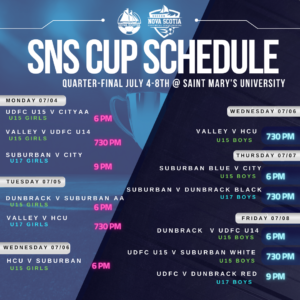 The 2022 Soccer Nova Scotia Cup, has replaced the U15 AAA and U17 AAA Provincial Soccer Championship weekend.
The competition commences in June, with 29 teams being drawn into a single-elimination style tournament, leading to a Finals weekend held in August. Quarterfinals are being hosted at Saint Mary’s University July 4 – 8, 2022, and the Semi-finals will follow July 11 – 15, 2022. A detailed list of teams and schedules can be found on the CUP Website here.
It culminates with the final round with the added prize of a National Club Championship October 5-10th, the Under 15’s in Charlottetown, PE and the Under 17’s will be off to Surrey, BC. The Canada Soccer National Championship.
Lindsay MacAskill2022-07-04T17:16:46+00:00 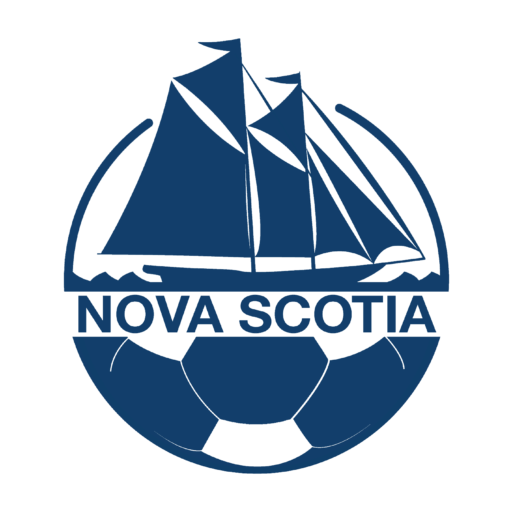